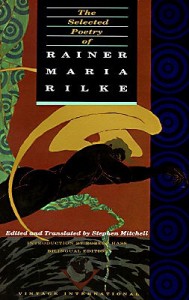 The influence and popularity of Rilke’s poetry in America have never been greater than they are today, more than fifty years after his death. Rilke is unquestionably the most significant and compelling poet of romantic transformation, of spiritual quest, that the twentieth century has known. His poems of ecstatic identification with the world exert a seemingly endless fascination for contemporary readers.

In Stephen Mitchell’s versions, many readers feel that they have discovered an English rendering that captures the lyric intensity, fluency, and reach of Rilke’s poetry more accurately and convincingly than has ever been done before.

Mr. Mitchell is impeccable in his adherence to Rilke’s text, to his formal music, and to the complexity of his thought; at the same time, his work has authority and power as poetry in its own right. Few translators of any poet have arrived at the delicate balance of fidelity and originality that Mr. Mitchell has brought off with seeming effortlessness.

That was the deep uncanny mine of souls.
Like veins of silver ore, they silently
moved through its massive darkness. Blood welled up
among the roots, on its way to the world of men,
and in the dark it looked as hard as stone.
Nothing else was red.

There were cliffs there,
and forests made of mist. There were bridges
spanning the void, and that great gray blind lake
which hung above its distant bottom
like the sky on a rainy day above a landscape.
And through the gentle, unresisting meadows
one pale path unrolled like a strip of cotton.

Down this path they were coming.

In front, the slender man in the blue cloak —
mute, impatient, looking straight ahead.
In large, greedy, unchewed bites his walk
devoured the path; his hands hung at his sides,
tight and heavy, out of the failing folds,
no longer conscious of the delicate lyre
which had grown into his left arm, like a slip
of roses grafted onto an olive tree.
His senses felt as though they were split in two:
his sight would race ahead of him like a dog,
stop, come back, then rushing off again
would stand, impatient, at the path’s next turn, —
but his hearing, like an odor, stayed behind.
Sometimes it seemed to him as though it reached
back to the footsteps of those other two
who were to follow him, up the long path home.
But then, once more, it was just his own steps’ echo,
or the wind inside his cloak, that made the sound.
He said.to himself, they had to be behind him;
said it aloud and heard it fade away.
They had to be behind him, but their steps
were ominously soft. If only he could
turn around, just once (but looking back
would ruin this entire work, so near
completion), then he could not fail to see them,
those other two, who followed him so softly:

The god of speed and distant messages,
a traveler’s hood above his shining eyes,
his slender staff held out in front of him,
and little wings fluttering at his ankles;
and on his left arm, barely touching it: she.

A woman so loved that from one lyre there came
more lament than from all lamenting women;
that a whole world of lament arose, in which
all nature reappeared: forest and valley,
road and village, field and stream and animal;
and that around this lament-world, even as
around the other earth, a sun revolved
and a silent star-filled heaven, a lament-
heaven, with its own, disfigured stars —:
So greatly was she loved.

But now she walked beside the graceful god,
her steps constricted by the trailing graveclothes,
uncertain, gentle, and without impatience.
She was deep within herself, like a woman heavy
with child, and did not see the man in front
or the path ascending steeply into life.
Deep within herself. Being dead
filled her beyond fulfillment. Like a fruit
suffused with its own mystery and sweetness,
she was filled with her vast death, which was so new,
she could not understand that it had happened.

She had come into a new virginity
and was untouchable; her sex had closed
like a young flower at nightfall, and her hands
had grown so unused to marriage that the god’s
infinitely gentle touch of guidance
hurt her, like an undesired kiss.

She was no longer that woman with blue eyes
who once had echoed through the poet’s songs,
no longer the wide couch’s scent and island,
and that man’s property no longer.

She was already root.

And when, abruptly,
the god put out his hand to stop her, saying,
with sorrow in his voice: He has turned around —,
she could not understand, and softly answered
Who?

Far away,
dark before the shining exit-gates,
someone or other stood, whose features were
unrecognizable. He stood and saw
how, on the strip of road among the meadows,
with a mournful look, the god of messages
silently turned to follow the small figure
already walking back along the path,
her steps constricted by the trailing graveclothes,
uncertain, gentle, and without impatience.

We cannot know his legendary head
with eyes like ripening fruit. And yet his torso
is still suffused with brilliance from inside,
like a lamp, in which his gaze, now turned to low,

gleams in all its power. Otherwise
the curved breast could not dazzle you so, nor could
a smile run through the placid hips and thighs
to that dark center where procreation flared.

Otherwise this stone would seem defaced
beneath the translucent cascade of the shoulders
and would not glisten like a wild beast’s fur:

would not, from all the borders of itself,
burst like a star: for here there is no place
that does not see you. You must change your life.

Perhaps the most beautiful group of poetic translations [the twentieth] century has produced.
— The Chicago Tribune

Rilke almost always converts the energies of thought into telling images. In accomplishing this most impressive “imaging” in English, Stephen Mitchell proves his mastery of the art of translation…. This is, without any doubt, the best English rendering of Rilke. It is as faithful to the original as the translation of poetry can hope to be, faithful not only to its linguistic meaning but to its poetic expressiveness.
— Erich Heller, Poetry

Stephen Mitchell’s translations bring the qualities that I most cherish in the originals into English with new intimacy and authority. Rilke’s voice, with its extraordinary combination of formality, power, speed and lightness, can be heard in Mr. Mitchell’s versions more clearly than in any others. His work is masterly.
— W. S. Merwin

Mitchell’s translation of the Duino Elegies — Rilke’s masterpiece — is the best that has been made…. Intensely readable, yet he has not simplified the ideas.
— Stephen Spender, The New York Review of Books

Stephen Mitchell treats English with courtesy, is forceful without forcing any issue and gains his ends by propriety of persuasion…. It is easy to feel that if Rilke had written in English, he would have written in this English.
– Denis Donoghue, The New York Times Book Review